The end of Nokia or a new beginning?

WSJ "Days before Nokia Corp. Chief Executive Stephen Elop is to reveal his plan for turning around the ailing handset maker, an internal memo penned by the executive describes a company besieged on all sides by competitors and in desperate need of a huge transformation.
View Full Image 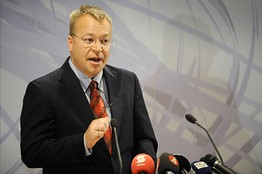 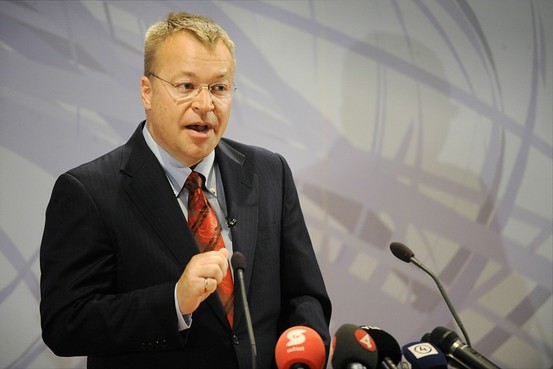 Comparing Nokia to a man standing on a burning oil platform who jumps into icy waters to escape the flames, Mr. Elop says dramatic action is needed to reverse a decline that has left the Finnish company "years behind" the competition."The first iPhone shipping [was] in 2007, and we still don't have a product that is close to that experience. Android came on the scene just over two years ago, and this week they took our leadership position in smartphone volumes. Unbelievable," Mr. Elop writes."

Nokia just announced they have canceled their high-end platform MeeGo OS.  Seems they will be switching or dumping Symbian soon.  Symbian was an awful OS for high-end smartphones...   My guess is Nokia will soon announce Win7 or Android support.
Nokia was the most arrogant company to deal with.  For years you could not change the UI of Symbian, multitasking support was poor or the simple fact they would only produced candy bars style phones and you could not get them to create a flipphone when that was all the rage 9 years ago...  and what? they finally have touch screen support?  Within two years I can see Nokia selling off their handset division.

Update - Nokia Considers Adopting Microsoft or Google Phone Platforms and will take drastic actions to turn around the handset group.
Posted by Steven Sherman at 12:44 PM