Rarest U.S. Coin Is Worth $20 Million 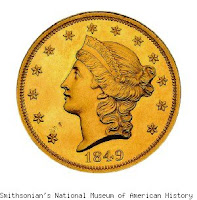 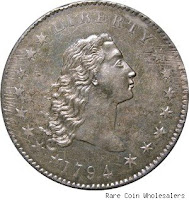 A 1794 Silver Dollar (graded PCGS Specimen 66 and shown at left) is listed at $7.85 million up from $5 million last year. In a private collection, this is believed by some experts to be the very first silver dollar struck by the United States Mint.
Posted by Steven Sherman at 4:46 PM