Enceladus - A moon that will make news soon


Posted by Steven Sherman at 11:17 PM No comments:

Just 10 years ago almost all my electronic devices were Sony, (TV, stereo receiver, camera, video camera, Walkman, laptop)  Now I don't own a single Sony product... All thanks to Samsung, now the world's top tech firm by revenue.  Yesterday reported a record operating profit of $5.9bn for the quarter, as the blazing hot Galaxy SIII sales are destroying the competition...

"Samsung Electronics widened its market share lead over rivals Nokia and Apple in the second quarter, research from Gartner showed Tuesday. Samsung sold 90.43 million mobile handsets in the second quarter, giving the South Korean consumer electronics powerhouse a 21.6% market share, up from 20.7% in the first quarter this year and up from 16.3% the same quarter a year ago, Gartner's figures showed." wsj 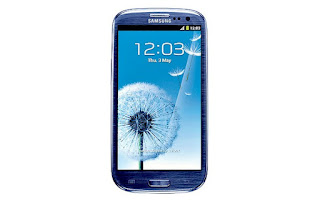 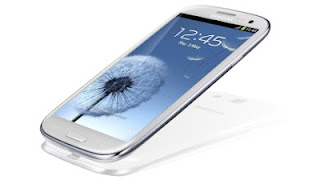 Posted by Steven Sherman at 11:56 AM No comments: 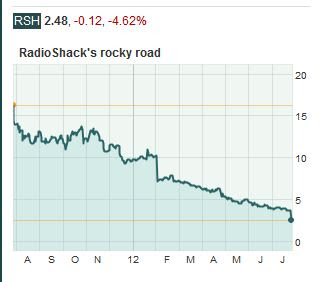 Sorry to inform the world, but the chart will be reading ZERO soon.  Radio Shack a business model that has long been shown does not work post Amazon.  I don't think I know anyone who has step foot into one of their retail spaces in years.  Ok... I still go in for video or audio connectors or cables but they seem to never have what i'm looking for. And if they do, it costs 4 times as much as i can order on the internet.  With a bloated management and delivery overhead, deadly boring stores and products, possibility of long term survival. ZERO..  Only way this stock is making money is if someone wants to take over all their retails spaces....
Posted by Steven Sherman at 6:15 PM No comments:

Normally I wouldn't be posting an idea worth hundreds of millions if not billions,  but my background is not material science, nano and microwave design....  Ok... the idea is much like a longer lasting battery or higher ratio solar cells.... meaning I'm sure there are hundreds of companies working on the problem.... Drum roll... The $billion idea or problem to solve is inventing an antenna common for all wavelengths including near field, 3g 4g wifi etc wireless stack...  This way the phone or device can save on space and money on construction... Currently you need a seperate antenna for each wave signal....

Posted by Steven Sherman at 2:22 PM No comments:

Just got tickets to largest imax screen in nyc for Dark Knight....

UK review "Nolan’s sheer audacity makes the stakes feel skin-pricklingly high. If he is prepared to go this far, I often found myself wondering, just how far is he prepared to go? Well, the answer is further than any other superhero film I can think of: after a breathless, bravura final act, a nuclear payload of catharsis brings The Dark Knight Rises, and the Batman legend, to a ferociously satisfying climax."

I so want to use "nuclear payload of catharsis" in some powerpoint presentation....

Posted by Steven Sherman at 10:59 AM No comments:

One thing about commuting between Boston and New York City.... is the huge seafood dishes served in Boston... 2 pound lobster over a monster bed of seafood... 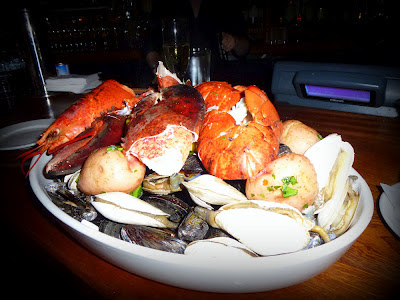 Posted by Steven Sherman at 6:43 PM No comments:

Nice Chart on the potential upside for mobile advertising 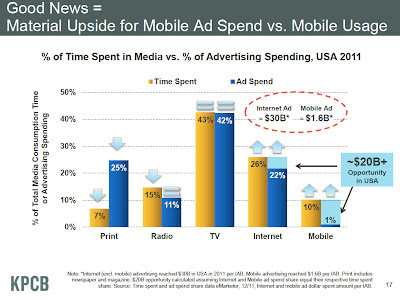 source
Posted by Steven Sherman at 3:12 PM No comments: 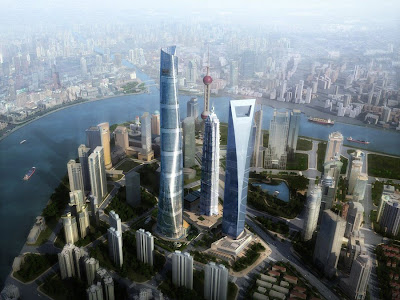 Posted by Steven Sherman at 3:09 PM No comments:

Talk about two old school companies getting together....

I have the impress that in some smokey cigar bar the CEO of ATT and Kodak got together and started chatting about the Like button in facebook and how a hated company and a company in bankruptcy can increase their like counts.   So now here's an email from ATT that if I "like" them I have a chance to win an old Kodak camera... Gee thanks....

link
Posted by Steven Sherman at 6:49 PM No comments:

Thee master of the marker will rule the meeting.... 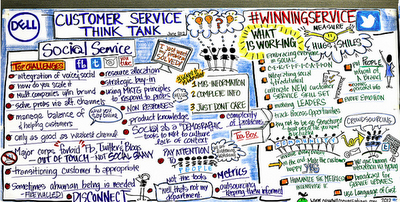 Trend in meetings and project management is visualization.... lots of whiteboards, paper wire framing, story-boarding and color markers...  The brain seems to enjoy words blending with stories and colorful visuals... It's a trend that I fully endorse.
Posted by Steven Sherman at 6:23 PM No comments:

I am a huge believer in the cloud, love syncing all my local music 30K of songs into the cloud or 60K of photos and then being able to stream or view them anywhere, wish i could do that with the thousands of dvds and video tapes that i have... soon yes i know....

We all know every company is transforming their product lineup to seamlessly support the cloud from Adobe to MS office but as a former designer and engineer at AVID, am sorry to enlighten you cloud video editing will not popular for at least 2 years... So closest online video editing service that is successful is  http://animoto.com/... but this is where you upload photos and it turns them into very cool videos... This site is fantastic....

Video editing will be the last of local applications that will be successful in the cloud would...
Posted by Steven Sherman at 5:58 PM No comments:

For every foot above ground, for instance, the world's most accurate clocks showed that someone would age about 90 billionths of a second faster over a 79-year lifetime, Dr Chou said. The Clock is so accurate the atomic clock that is able to keep time to within one second in about 3.7 billion years – roughly the same length of time that life has existed on Earth.
Posted by Steven Sherman at 3:07 PM No comments:

G-Male and Siri: A Love Story and Your Own Personal Drone

G-Male and Siri: A Love Story

Friends just ordered their own personal drone with embedded camera control via iphone or ipad...

Nice brief intro if you are corporate on the differences of Windows 8 and Metro and why or why not to develop corporate applications that post content to the desktop on mobile devices that run Metro.

Posted by Steven Sherman at 3:56 PM No comments:

There has never been an Internet turn around... Myspace, Friendster, Bebo and Ning remind us daily

Nice reminder from PandoDaily that turn arounds on web 2.0 are difficult... from Myspace, Friendster, Bebo and Ning once the web 2.0 crowd things you have stopped innovating or there's a more interesting competitor it's really hard to change their perception and reaquire their loyality.  Yet Betaworks from New York will attempt that with digg.com...

details here
Posted by Steven Sherman at 1:22 PM No comments: 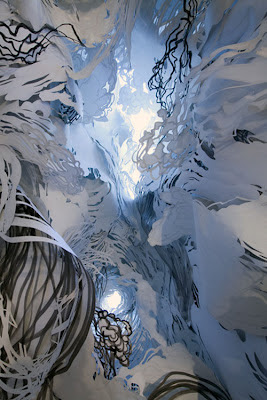 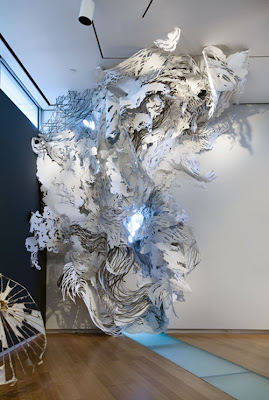 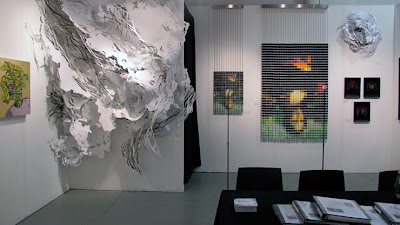 Posted by Steven Sherman at 11:38 PM No comments:

Apple predicted that it would sell 13 Million iPads last quarter, instead Apple Shipped 20M iPads Last Quarter. Guess those workers at Foxconn have been pretty busy....

Apple predicted that it would sell 13 Million iPads last quarter, instead Apple Shipped 20M iPads Last Quarter. Guess those workers at Foxconn have been pretty busy....

Posted by Steven Sherman at 3:27 PM No comments: 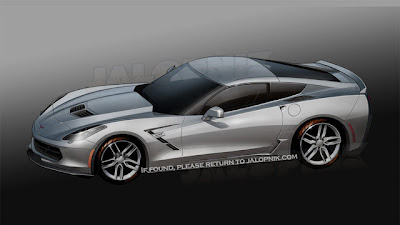 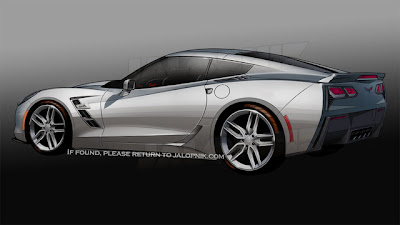 details here
Posted by Steven Sherman at 10:14 PM No comments:

The old days of Orange Arrows Formula One 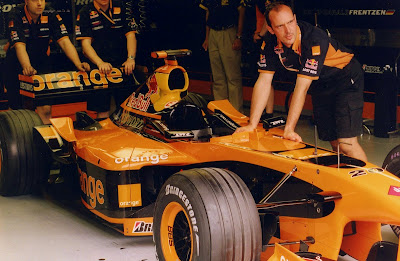 Old photo from when I used to work for one of 12 companies in the world that had its own formula one race team....

Posted by Steven Sherman at 8:58 PM No comments: 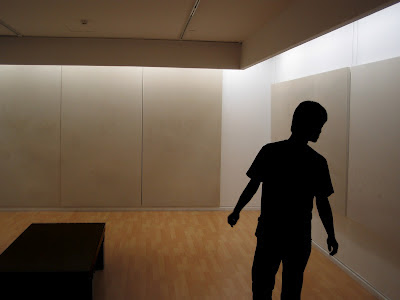 Already missing Shanghai, though this photo is not of recent trip... last time was for next gen mobile gaming that can pass the strict government laws there....

I like the contrast of this photo I took at the Shanghai art museum...
Posted by Steven Sherman at 7:48 PM No comments:

sounds of technology that have faded into the past

sounds of technology that have faded into the past...
http://savethesounds.info/

Posted by Steven Sherman at 6:35 PM No comments: 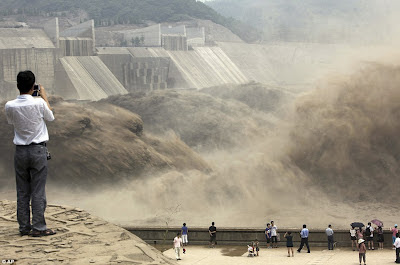 Read more:
Posted by Steven Sherman at 4:56 PM No comments:

$10 billion to build a collidier, to send protons whizzing around a circular 27-kilometer (17-mile) underground tunnel at nearly the speed of light to create high-energy collisions seems to have finally produced some result... Those impacts can offer clues about dark matter, antimatter and the creation of the universe, which many theorize occurred in a massive explosion known as the Big Bang.
"Out of some  500 trillion collisions, just several dozen produced "events" with significant data, said Joe Incandela of the University of California at Santa Barbara, leader of the team known as CMS, with 2,100 scientists. "

even thought they say it's 99.999 percent proven... it's not absolute proof yet
Posted by Steven Sherman at 4:18 PM No comments:


Posted by Steven Sherman at 3:57 PM No comments:

San Diego's annual fireworks display malfunctioned, setting off all of the fireworks five minutes prior to the start of the show. The Fourth of July celebration was expected to last 18 minutes, but lasted only 15 seconds

San Diego's annual fireworks display malfunctioned, setting off all of the fireworks five minutes prior to the start of the show. The Fourth of July celebration was expected to last 18 minutes, but lasted only 15 seconds 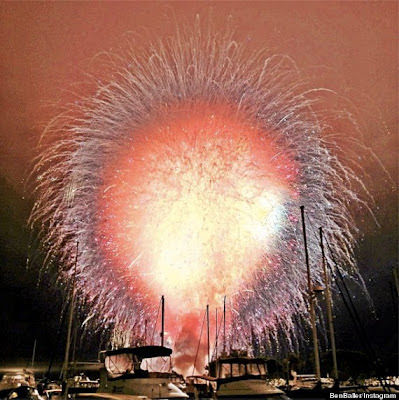 Posted by Steven Sherman at 3:54 PM No comments:

"Precise color values can be selected for individual aspects of the style, allowing for adjustments in hue, saturation, lightness, and gamma. Outline strokes of features can be styled separately from interior fill, and the width of lines in general can be altered."


Read more:
Posted by Steven Sherman at 2:01 PM No comments: